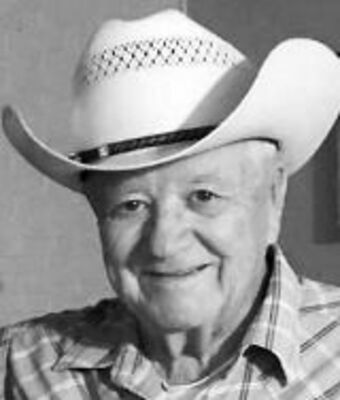 Delbert Dean Westfall, age 87, of Castle Rock, Colo. passed away Saturday, Dec. 17, 2022 at the Castle Rock Adventist Hospital. “Del” or “Wes” (as he was called by family and friends) was born at home May 13, 1935 in Genoa, Colo. to Everett and Gladys (Seymour) Westfall. He was the youngest of 10 children and was the last to join his parents, sisters and brothers in heaven. He grew up in Genoa where he loved and excelled at playing basketball, baseball and football all through his childhood, high school and college. He graduated from Genoa High School in 1954 then went on to college in La Junta, Colo. Wes met his wife of 63 years, Sylvia Dutro of Hugo, Colo. in 1958 and they married August 9, 1959. They had four children, Keith, Jodie, Galen and Robyn. In 1965 he moved his family from Genoa to Castle Rock. He was a cattle rancher for 35 years while also working a full-time job. He retired from Molycorp in 1992 after 25 years. Del was young at heart and a very hardworking, strong, loving and caring man. His family meant everything to him and he meant everything to us. Over the years Wes enjoyed collecting baseball cards, playing poker, writing in his journal everyday, reading, fishing, and spending as much time as possible with his grandchildren and great- grandchildren.