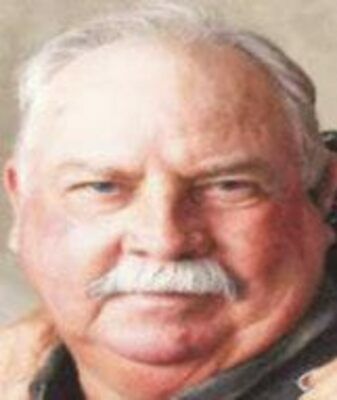 Mike Mellott, 72, of Hugo, passed away Saturday, Dec. 24, 2022, at Penrose Hospital in Colorado Springs, Colo. He is survived by his wife of 52 years, Phyllis Mellott of Hugo; three children, London (Keith) Reif of Hoisington, Kansas, Becky (Scott) Ravenkamp of Verdigre, Neb., and Lake Mellott of Goodland, Kansas; and nine grandchildren: Cora (Cody) Ravenkamp, Bradley Reif, Brandon (Jennay) Ravenkamp, Brooke Reif, Michaela Ravenkamp, Brady Reif, Collin Mellott, Brennley Reif, and Kellynn Mellott. Also surviving him are siblings Mary Ellen (John) Dahm, Pat (Shirley) Mellott, and Penny Wilkens (Mike Dutton) and many nieces, nephews, great- nieces and great-nephews, family and friends. Mike was born in Limon on January 10, 1950, the third of four children to Kenneth and Rose Mellott. He grew up on the ranch at Clifford, Colo. He was baptized and confirmed in Saint Anthony’s Catholic Church. On October 3, 1970, he was united in holy matrimony to Phyllis Burgess. They lived in Hugo, where they ranched with Kenneth and Rose. As a lifelong rancher he enjoyed brandings, community gatherings, and telling stories with friends and neighbors. He enjoyed being a member of the American Akaushi Association. In addition, he served on the school board and fire department. Over the years, he was active in the Golf Club, the Gun Club, and the town team basketball and softball teams. He was a high school sports fan and would travel across the plains to watch local teams compete. He loved history and family history. During family and community gatherings, Mike loved playing cards, board games and dominos. Mike was preceded in death by his parents, and his father-in-law (Chuck) and his mother-in-law (Blanche) Burgess. Mass of Christian Burial was held Friday, Dec. 30 at St. Anthony’s Catholic Church in Hugo, Colo.